What I learned from an Adulterer 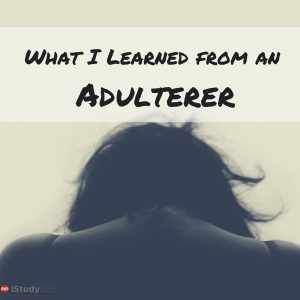 King David was an adulterer, murderer, liar, and he coveted, yet named by God as a man after His own heart. There is much value in the story of David. There are many lessons and encouragements sprinkled all throughout his story.
During the span of David’s life his pure heart and genuine love for people and for the Lord is so evident. Yes, he had some hard times and messed up, but even in those times he was repentant; the Lord disciplined him for it, but the Lord also loved him, showed him favor, and blessings through it all. There were many instances in his life where people did wrong to him, shamed him, and wanted to take his life, yet he loved them and honored them despite it all.
I can only imagine how many of David’s colleagues and advisers thought he was crazy and irrational for not wanting to “get back at” all of his enemies for the wrong they had done him, but David simply had an authentic love for people that refused to get revenge or to sin against those people (and to God, really). God says that he was a man after His own heart. And I believe that is so true, God’s heart is for people even when they sin against Him time and time again, God relentlessly loves them despite it all. It is apparent that God’s heart is displayed through the life of King David.
In 2 Samuel it says that David danced and leaped before the Lord, and Michal, his wife, thought he was crazy for doing so, but he just loved the Lord and was not afraid to show it. This same man, however, committed adultery, coveted, lied, and murdered. Although he messed up pretty bad, he had a repentant heart which I believe pleased the Lord.
So what can we learn from this ‘scandalous’ biblical character?

1. That although David sinned, he repented right afterwards and chose to cultivate his relationship with the Lord. As soon as we sin against the Lord we need to repent and continue to nourish our relationship with Him, instead of wallowing in our sin.

2. We need to love people with everything in us, no matter if they are against us or make it their personal goal to “ruin our lives”; we need to display Gods heart by loving His people relentlessly.

3. Just like David danced and leaped before the Lord and declared that he would be “even more undignified than this”, we too need to adopt a passionate and unashamed attitude before the Lord.