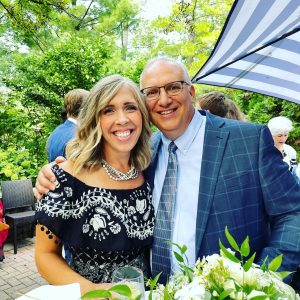 Steve earned a Bachelor of Science in Electrical Engineering from Michigan State University, and later received an Executive Masters of Business Administration from the Broad College of Business, again at Michigan State.  It was at Michigan State when The Lord called Steve to Himself through the ministry of Campus Crusade for Christ, now known as Cru.  Steve spent the first part of his professional career in the semiconductor industry in the automotive industry in Detroit, Michigan.  During these years, Steve participated in two, summer long, overseas missionary trips with the sports division of Cru, better known as Athletes-In-Action (AIA).  AIA brings the gospel of Jesus Christ to countries all around the world on a sports platform by partnering with local churches and ministries in targeted countries.  Steve’s ministry work started with AIA tours in Europe and Central America playing baseball.

Following the European tour, The Lord called Steve to serve in Bible Study Fellowship (BSF) as the first Group Leader in the Detroit Young Adults class.  God’s calling in BSF lasted almost 25 years where Steve held positions of leadership as Group Leader, Children’s Leader, Children’s Administrator and Teaching Leader.  Not only did Steve serve in BSF, but it was in the Young Adults class where God introduced him to his wonderful wife, Megan.  Steve and Megan have been married for 23 years and have four teenage children.  Their home is in Detroit, Michigan, where Steve’s profession is an enterprise software account executive working with some of the largest companies in the world.

Steve has served in church ministries leading men’s groups, teaching Sunday school and being an active member of spiritual formation committees, discipleship teams and the Navigator’s ministry.  Steve has also participated in and contributed to Ligonier Ministries Reformation Bible College. God has laid on Steve’s heart a joy for studying His Word, and has been continually enriching himself through personal study of The Bible and available online teachings and programs; with his favorites being from the teachings and school of RC Sproul and John MacArthur.

God has called Steve to serve as the executive Director and Director of Teaching for iStudyEBS in 2021.  Steve is taking over for the iStudyEBS founders, Chuck and Micki Harding, and reports to Mike Harding, President of Explorers Bible Study (EBS), headquartered in Dickson, Tennessee.  iStudy is the online division of EBS, and utilizes the four-fold approach to studying God’s Word one verse at a time.