Courage for Something Bigger

A very important message is seen when Uncle Modecai (also her adoptive father) delivers a message to her. He says, “Do not imagine that you in the king’s palace can escape any more than all the Jews. For if you remain silent at this time, relief and deliverance will arise for the Jews from another place and you and your father’s house will perish. And who knows whether you have not attained royalty for such a time as this?” (Esther 4:13-18) 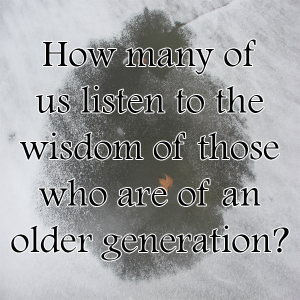 The words of Modecai are the words of a father stirring destiny in the heart of his child, albeit she is already a grown woman (a queen, in fact). Just the same, how many of us listen to the wisdom of those who are of an older generation?

Mordecai knows that the crown on Esther’s head is not an accident or a mere appointment due to her beautiful face. What he sees is Yahweh’s hand of destiny upon Esther. Esther– this lovely woman who lost her parents, who had to live in exile in another land (and its accompanying pressures contrary to Jewish law), who was gathered by palace officials merely to fulfill a royal decree, who probably felt forced into her first night with the King—this woman was someone with a call from God to save a nation.

I wonder: did Esther feel that such a call was on her life? When she was a little girl, did it occur to her that God could use the painful parts of her beginning and turn them into a great destiny? Persia was the leading nation of that era. She was queen of the most powerful kingdom on earth!

The challenge posed by Mordecai to her was huge. Queen Vashti, whom Esther had replaced, broke Persian protocol when she did not appear during the feast of the King. As a result, Vashti lost her crown. Esther, meanwhile, was now going to break protocol by going to the king without being called. To make things worse, the punishment for such an act was death.

Esther was prepared to die for a cause bigger than herself. She valiantly declared: “Go, assemble all the Jews who are found in Susa, and fast for me; do not eat for three days, night or day. I and my maidens also will fast in the same way. And thus I will go in to the king, which is not according to the law; and if I perish, I perish. (Esther 4:15)

Esther knew she had to rise in courage. When God allows for destiny to knock on our doors, there will always be an element of courage needed to complete the next step. In fact, it will be demanded of us. God’s call on Esther’s life did not stop at her being Queen of Persia. This once-upon-a-time orphan was going to deliver Israel from annihilation.

I imagine Esther, beautiful in her robes, standing before the king. Her heart is pounding; her palms a little sweaty from nervousness, but she knows this must be done. She breaks protocol and in the process, delivers Israel.

There are modern Esthers in this world who need to rise in courage. God may have already revealed glimpses of His destiny for our lives, but is desiring courage from us for the next step. Can we rise like Esther? Can we die for a cause bigger than ourselves?

The role of Mordecai in this story should not be underestimated, too. Words from our fathers, mothers, or from those of the older generation contain a power capable of stirring the modern Esthers to go forth in their destiny. And many times, this destiny is far bigger than one person alone.

Our nations need us. We need to be willing to rise in courage for a destiny bigger than ourselves. The question is: Will we?

Janina Marie Rivera is the Editor-in-Chief of One Voice Magazine, a teacher of world literature, and a student of the Bible. She enjoys reflecting on life’s curve balls and plateaus. She resides in the Philippines, the country known for people who smile a lot.